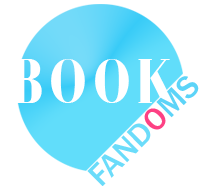 Jennifer Lawrence interviewed ‘The Theory of Everything‘ star Eddie Redmayne for the February 2015 issue of Interview Magazine.

The ‘Hunger Games‘ star met Redmayne years ago through director Oliver Stone. Lawrence called Redmayne, who was in Turin, Italy, to talk about ‘The Theory of Everything,’ Real Housewives, The Hills, and more!

And because the interview was done by Jennifer Lawrence it was, of course, funny! We love that this girl doesn’t take life so seriously. Love her.

Here’s an excerpt from Jennifer Lawrence’s interview with Eddie Redmayne:

REDMAYNE: I’ve been a closet lover of faux-reality TV since The Hills. It’s bad.

LAWRENCE: I feel like I’m going to cry. We’re making a breakthrough. I went to Pump the other night to meet [restaurateur and Real Housewives of Beverly Hills star] Lisa Vanderpump. I had her sign a bottle of vodka, and when she gave it to my friend who was with me at the Oscars, my friend said, “Jennifer, this is so much better than the Oscars!” [laughs] We took so many pictures with her. We were like, [referring to season four of the show] “Puerto Rico was a witch hunt. Brandi [Glanville] and Kyle [Richards] were so mean!”

LAWRENCE: Me too! That’s why we’re fascinated by it, because, movies, I’m bored with. I know that that’s fake and blah, blah—except for the crash-mat Stephen Hawking.

REDMAYNE: I know, and then you see the helicopter shots in these shows that are substantially more expensive than anything in Theory of Everything, and you’re like, “How?” I’m also a complete sucker for the soundtracks, the teeny pop music.

REDMAYNE: I’m a bit vintage. I go back to The Hills. Occasionally Audrina [Patridge] or Whitney [Port] will be on a website that I shouldn’t be looking at, and I’m like, “You know, I just want to check that they’re doing all right, because it’s my youth.” [Lawrence laughs] And the depressing thing is that it’s not my youth. I was too old to be watching those programs when I was watching them.

LAWRENCE: MTV sometimes plays them for, like, three hours, and that will just turn into my morning. Like, I’ll cancel shit.

REDMAYNE: So you’re a lady of leisure now? Are you finally having a moment off?

LAWRENCE: I am and I’m miserable. I was so excited to get time off, and now I don’t know what to do with myself. What do you do when you have time off?

REDMAYNE: Someone asked me today what I’ve been doing, and I felt like I had to really make up something to justify my-

REDMAYNE: What do I do? I don’t know. I’m really shit at the piano. I play the piano.

LAWRENCE: I’m so happy you don’t have an answer.

REDMAYNE: And then I occasionally try to pretend to paint, again, badly. But this is the great luxury of not working: the moment you read a book that has nothing to do with work, you know you’re really relaxed. And I have a shit attention span. I can’t concentrate for more than five minutes.

LAWRENCE: Me too. I read two pages and I’m like, “Maybe I’ll just watch TV until the commercial break, and then I’ll finish the chapter.”

Read this entire interview (and see a new photoshoot with Eddie) over at Interview Magazine. (Trust me, it’s a must read!)

This website uses cookies to improve your experience. You can simply keep browsing if you're okay with this, or learn More.